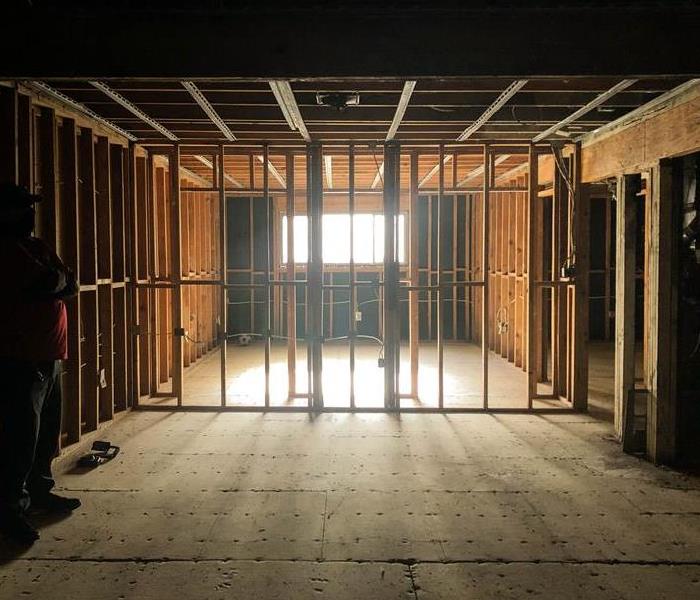 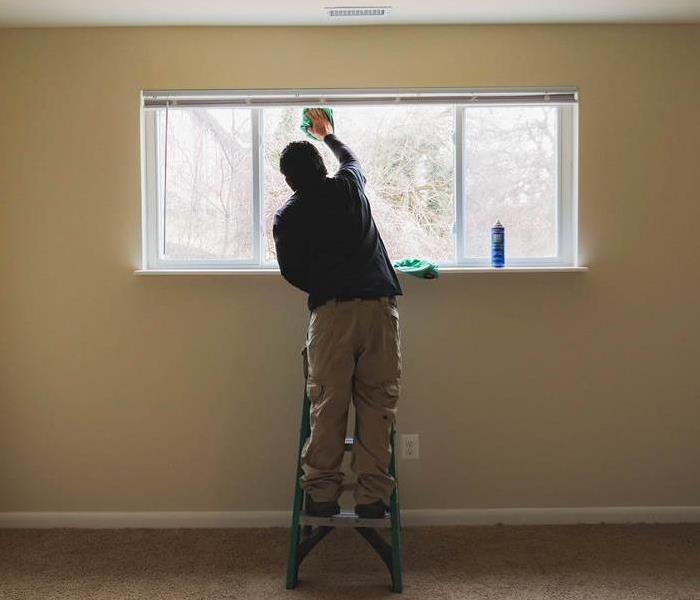 This empty shell of an apartment is the result of a large fire. After demolition, our rebuild crews worked hard to put the living space back together. After tha... READ MORE

A Finished Garage Affected by Fire 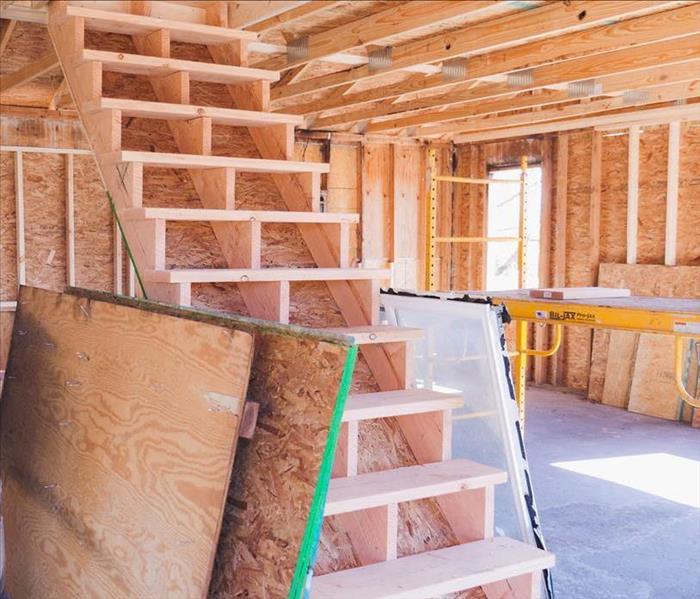 After an extensive fire, this entire finished, detached garage had to be gutted. After a thorough smoke mitigation, our team restored the garage's infrastructur... READ MORE

A Flooded Pantry is Repaired 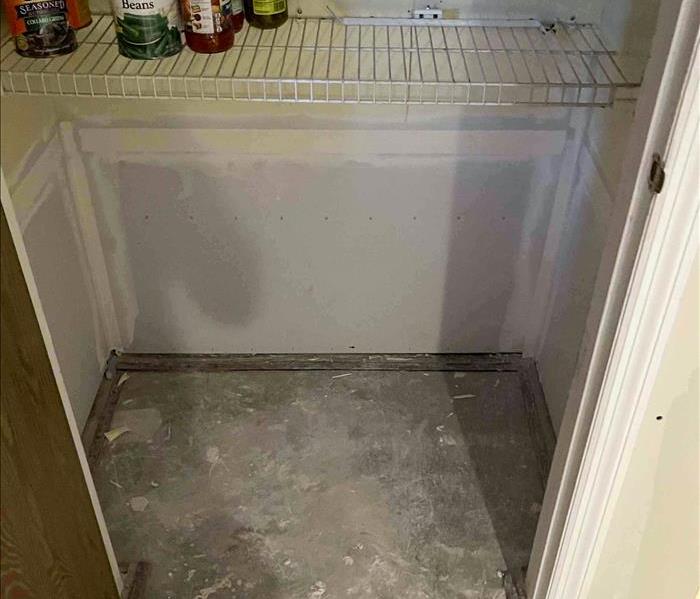 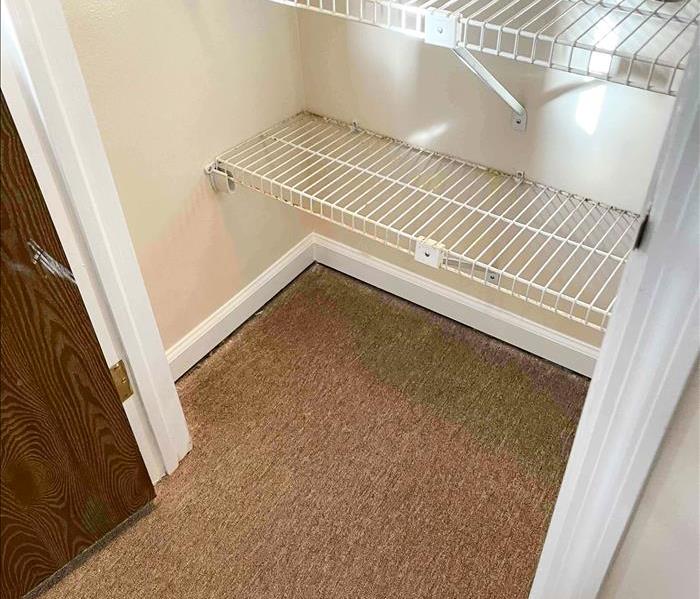 In this home, a burst water pipe resulted in a 2-3 inches of standing water. When disaster struck, our team was called. Quickly, our team mitigated the area and... READ MORE 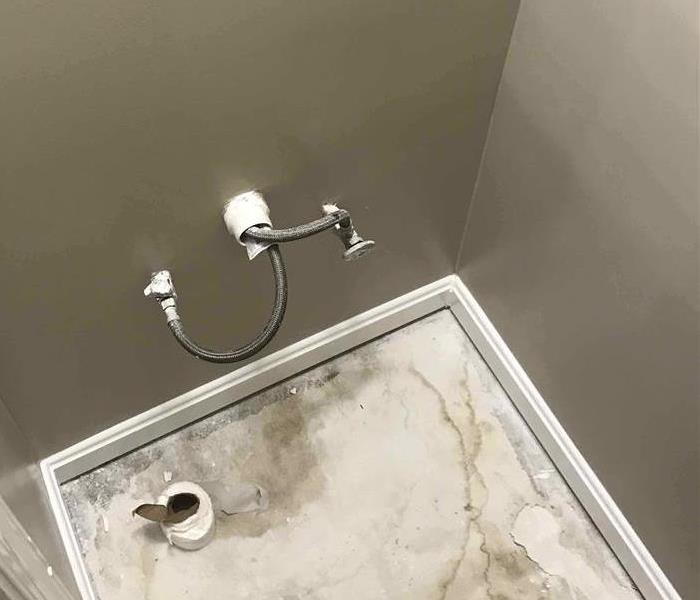 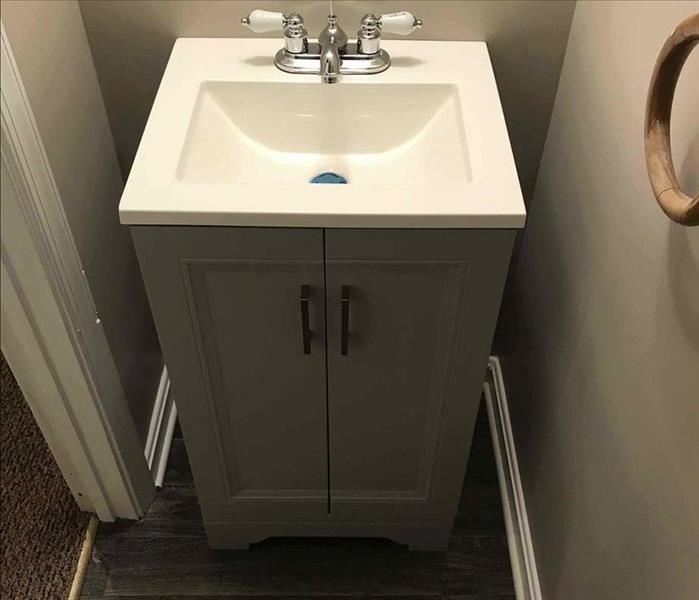 When a water heater burst in this residential home, SERVPRO was on the scene as quickly as possible. The flooding water caused damage to the hallway, office, an... READ MORE 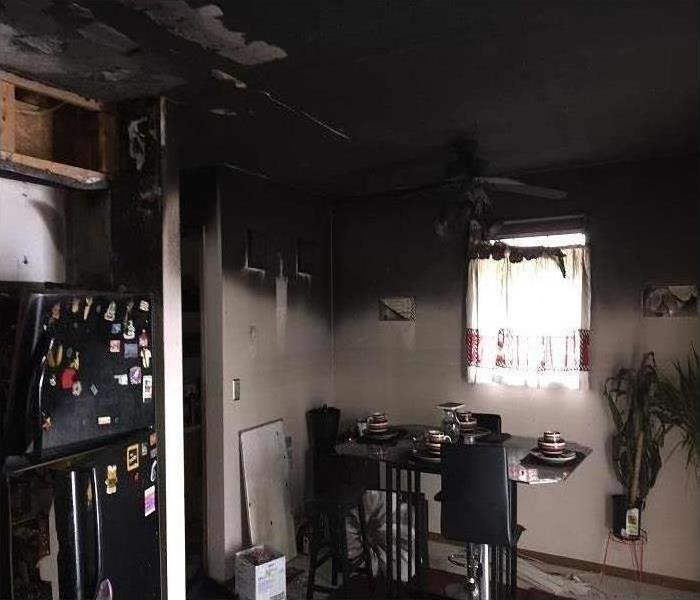 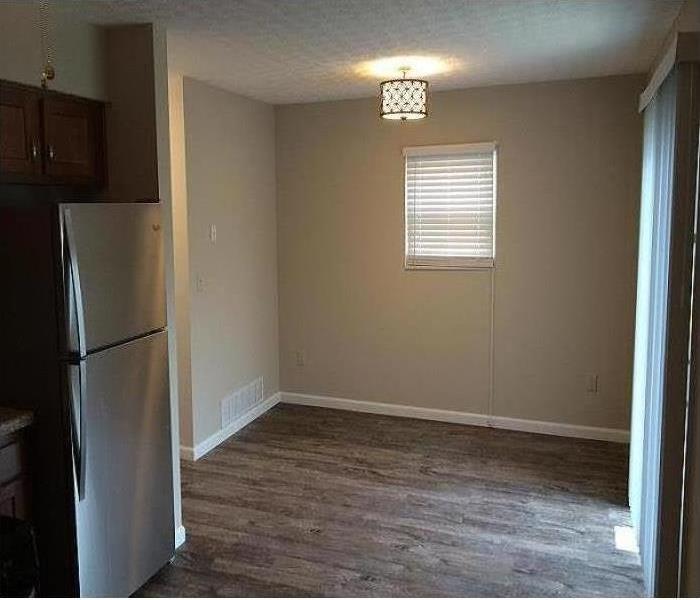 There was extensive fire damage though out this home from a kitchen fire. The before photo shows the extent of the damage to the ceiling, walls, and cabinets. Y... READ MORE 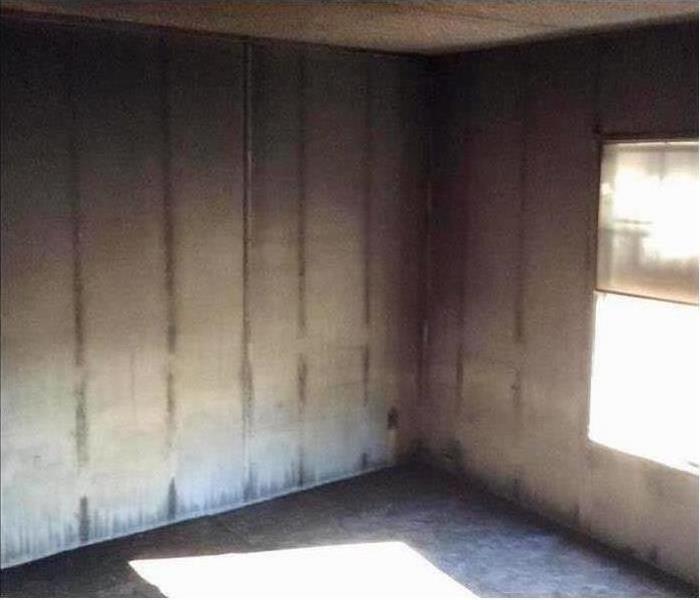 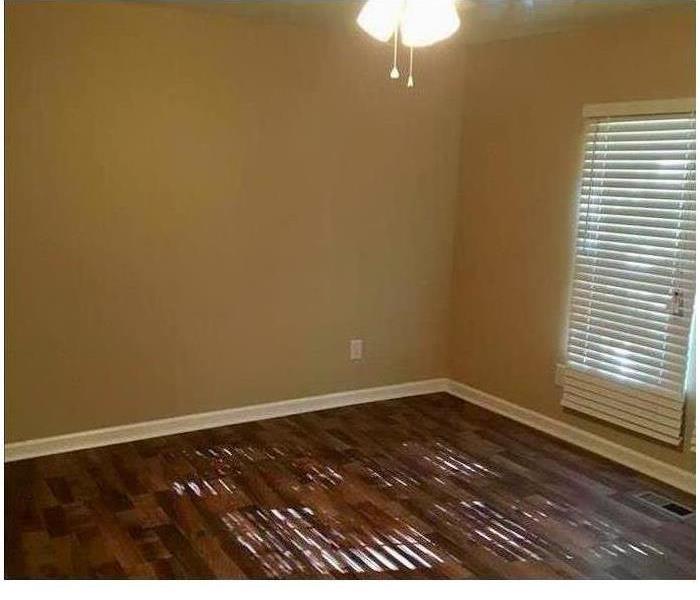 This is one of the rooms in a house that was significantly damaged by an electrical fire. Before cleaning the areas, we remove all of the charred materials to b... READ MORE 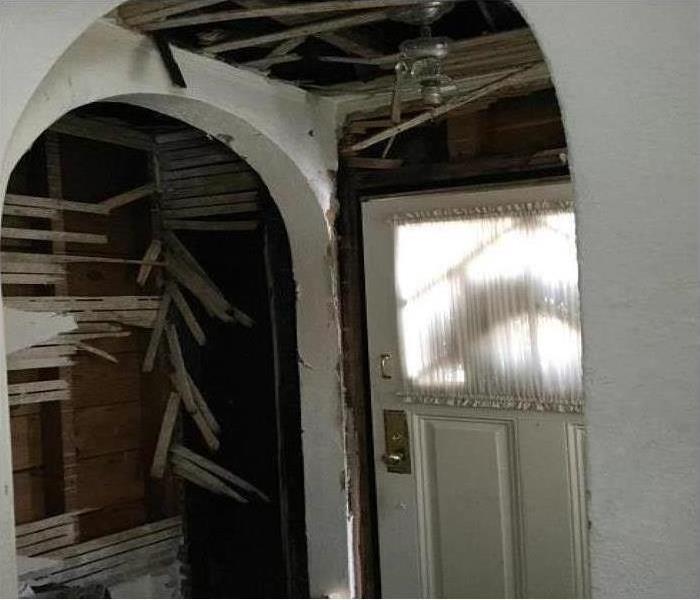 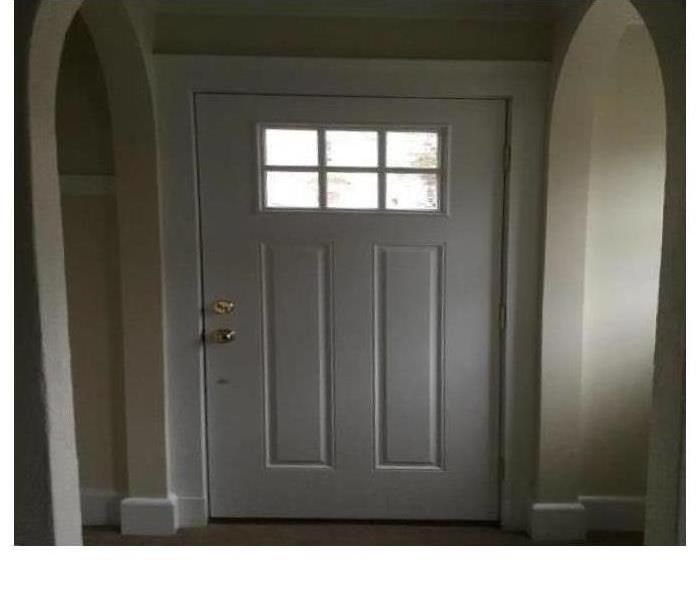 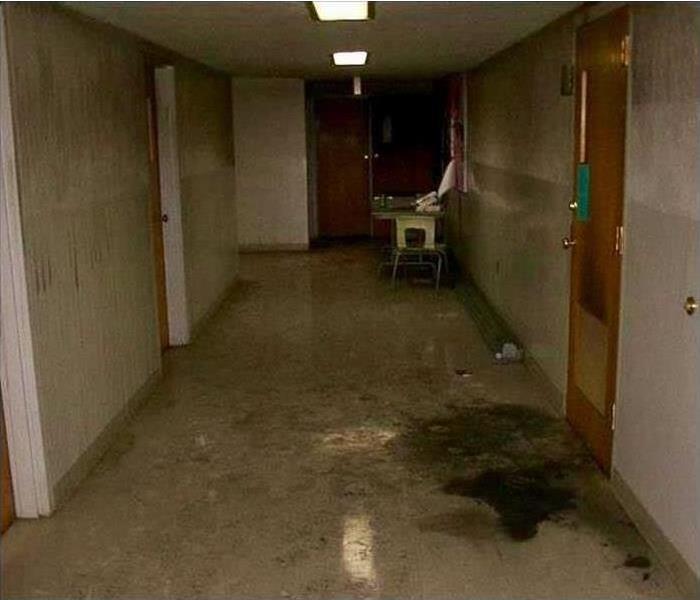 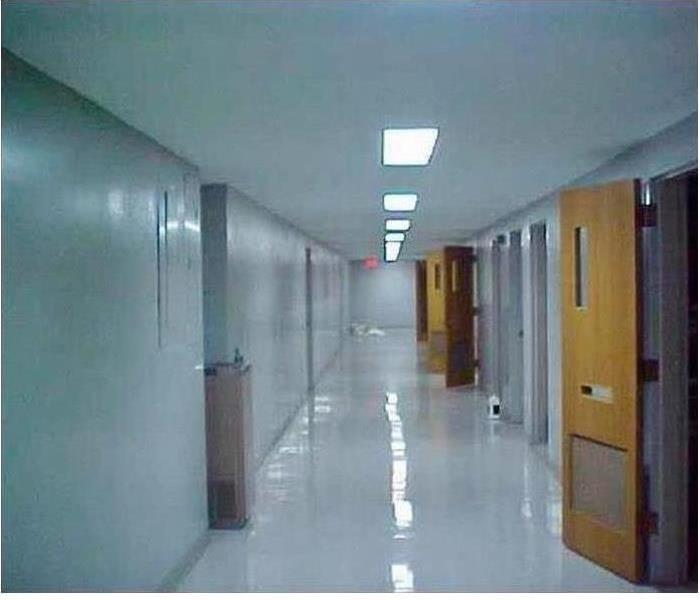 The before photo is taken just after several inches of standing water was extracted from this long hallway. A frozen pipe bursting created an ankle-deep flood o... READ MORE 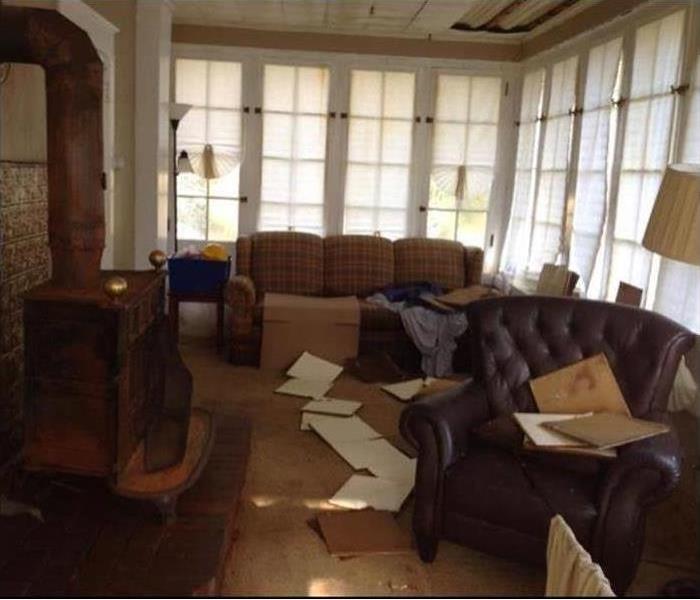 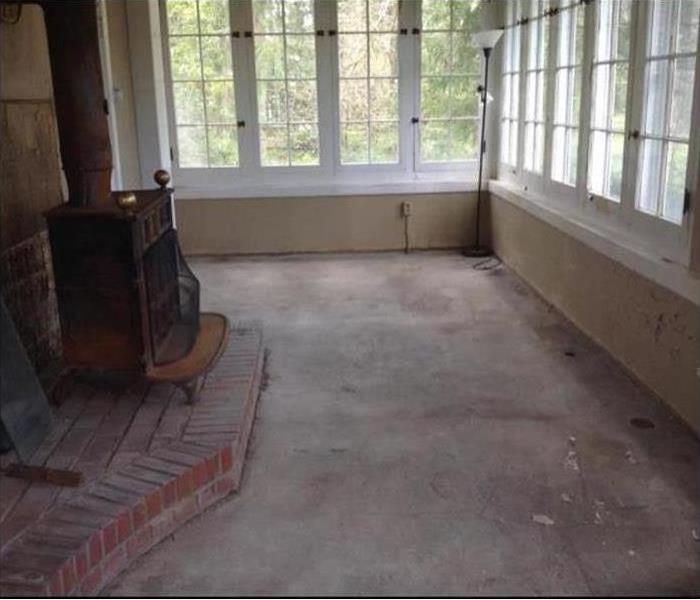 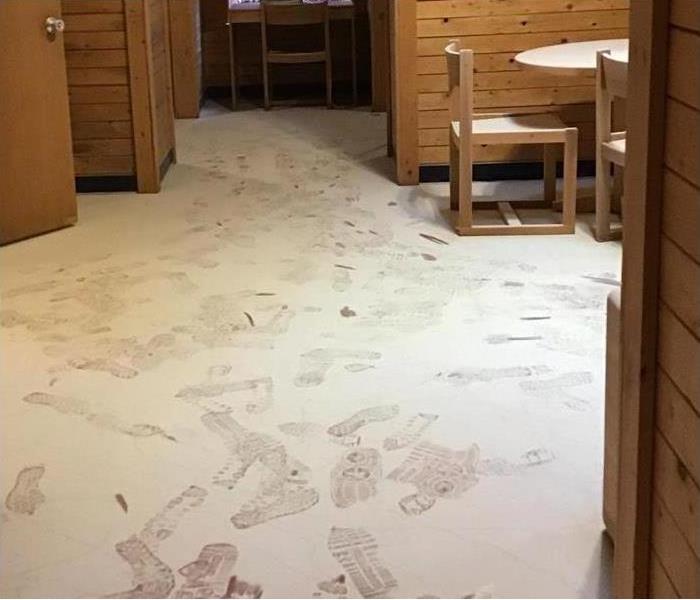 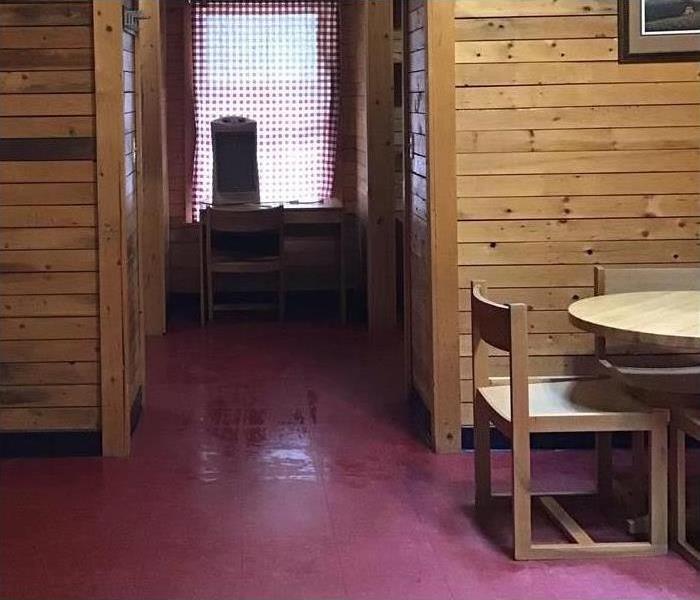 From a cleaning done at a nearby camping ground. A fire extinguisher had gone off within a room of one of the cabins and spread throughout the entire unit. Our ... READ MORE

View Older Before & After Photos