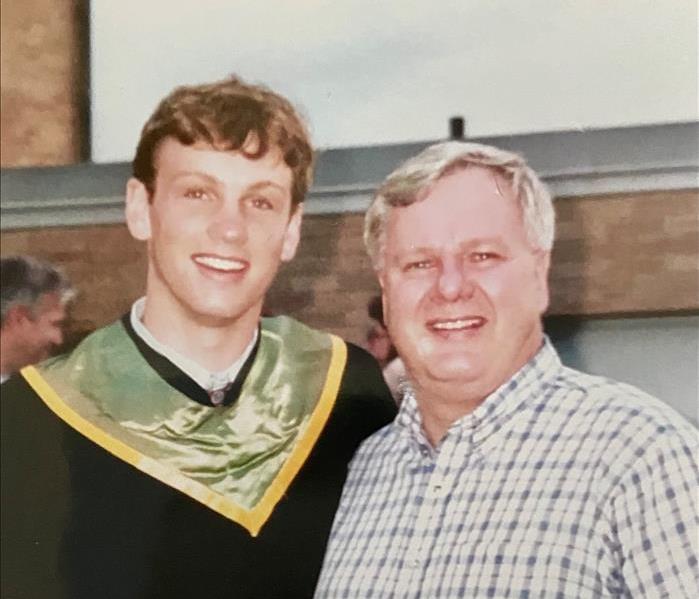 The article that follows is featured in our most latest Quarterly Newsletter:

Never in my life have I experienced something so heart-wrenching. My mother-in-law stood surrounded by Jim, his brothers, and their wives as she said goodbye to her husband after 48 years of marriage. It was an experience that will stay with me forever. Additionally, it helped me fully comprehend the awe-inspiring mark that a life well-lived leaves behind.

“Carve your name on hearts, not tombstones. A legacy is etched into the minds of others and the stories they share about you.” ~ Shannon L. Alder

It was only a few weeks into dating his son that I first met my future father-in-law. Upon sitting down for dinner, he posed two questions, the first being “What was your college GPA?” and the second was “How much money do you make?”. (Insert that surprised, wide-eyed emoji here). Wow! Now, after seventeen years, I understand that it was just the way of Dr. Jim Wall. He was fiercely caring and took every measure to ensure that his children were given the best life possible, which included screening a potential girlfriend every so often.

It is impossible to describe the tremendous impact that he had on my husband. Jim Sr. had no idea of the extent to which the guidance and direction that he provided his son would reach thousands of strangers.

Jim Sr., an entrepreneur, and his wife, Jane, quickly recognized their son’s innate leadership ability and knew that he had a future in entrepreneurship. To say that my father-in-law encouraged his son would be an understatement but, to say that he forced such a career upon him would be unfair. The verb I’m looking for to describe Jim Sr.’s intentions falls somewhere in the middle of these two (which would make complete sense to anyone who knew Jim Sr.).

One of the lessons that he taught his son was that work and goals will never be completely harmonious. He modeled the skill of being frugal while still treating oneself every once in a while. Living life to the fullest was another lesson passed down from Jim Sr. to his son (we can thank Jim Sr. for my husband’s idea to get an incubator, as well as the 5 resulting baby chickens running around my house). Promoting the notion of learning from others at every opportunity, he challenged his son to relish curiosity and to never be afraid to ask questions.

These soft skills, as well as the space in the middle of “encouraged” and “forced,” were the reasons why my husband graduated from a prestigious college not only with a degree in Accounting under his belt, but fluency in a second language as well. With his dad’s voice ever present in the back of his mind, my husband set out on the road to entrepreneurship.

Long story short: It worked. From his high school days all the way up until his early 30s, Jim tossed around a plethora of small business ideas. The dream that Jim’s dad inspired in his son finally came true in 2009, when we seized the opportunity and opened our first SERVPRO franchise. Starting off in Hunt Valley, Maryland, we spent the following 12 years growing our business and expanding geographically all the way into Harrisburg and Pittsburgh, Pennsylvania.

Just this past year, we’ve tackled over 3,100 jobs, acquired 12 franchise licenses, and grown our team with 133 new employees. These numbers speak for themselves in terms of the reach of our work, as we’ve been able to create jobs, support families, assist customers, and touch lives. This is all thanks to one father who placed enough faith in his son to propel him towards his dream.

Sometimes, we underestimate the impact that we have on others. What we say and what we do are a part of the footprint that we leave on this earth long after we’re gone. If my footprint is even half as wide as that of my father-in-law, I would consider myself lucky.

While we miss him immensely, our family- as well as our family here at SERVPRO- remembers Dr. James R. Wall’s legacy and its ripples that will continue touching the lives of people near and far.