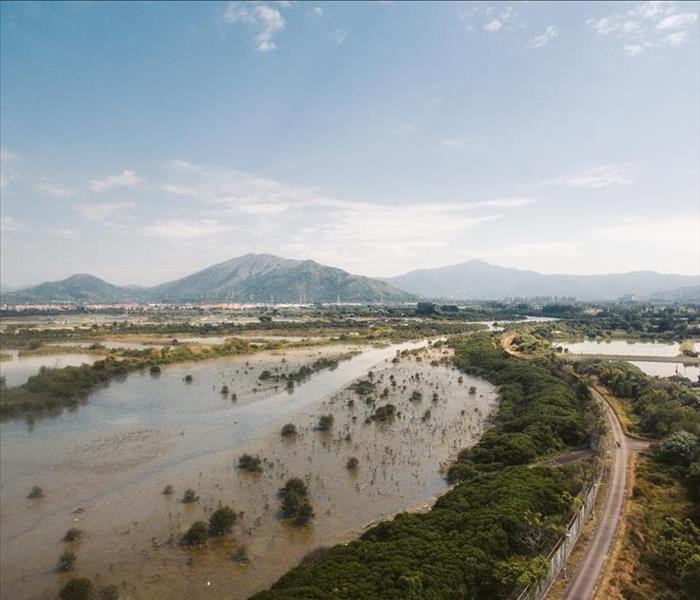 The roaring, fast-moving waters carried by flash floods can cause devastating damage to anything in its path, destroying roads, bridges, buildings, and even your home. Flash flooding is a type of rapid flooding that can occur at any time during the year, but is particularly common from early spring to late summer due to the slower jet stream and tendency for humidity during the season. According to NOAA, flooding is the number two weather-related killer in the United States, with an average of 81 deaths per year. Flash flooding poses even greater dangers due to the swift speed at which they develop combined with the overwhelming force of a flood. Therefore, it is important to develop a comprehensive understanding of the causes of flash flooding in order to know your risk and keep your home safe this summer.

During the summer the jet stream, which affects weather patterns, slows. As a result of the slower-moving jet stream, storms tend to remain in one area for an extended period of time. This causes the affected area to experience a significant amount of rainfall at once, therefore increasing the risk for flooding. Ultimately, high intensity and duration of rainfall combine to form optimum conditions for flash flooding. Several different weather scenarios can produce these optimum conditions for flash flooding, including slow-moving thunderstorms and hurricanes or other types of severe storms.
Additionally, topography plays an important role in the risk of flash flooding in an area. Proximity to bodies of water, such as rivers, lakes, or oceans, can increase the area’s risk for flash flooding, as they flood easily. Urban areas are also susceptible to flash flooding because they lack soil to absorb the water, resulting in floods developing quickly.

It is important to note that flash floods develop rapidly and as a result, you may not always receive warning before it hits. Flash floods can inflict water damage and even major structural damage on the home. For these reasons, it is crucial to know your area’s risk for flash flooding. If your area is at risk, consider creating an emergency flood kit and keep an eye out when storms are forecasted. Even if you are diligent, flash floods can still catch you off guard and cause devastating damage. Remember that SERVPRO and our team of storm damage experts have your back and will work hard to restore your home back to its condition before the flood.