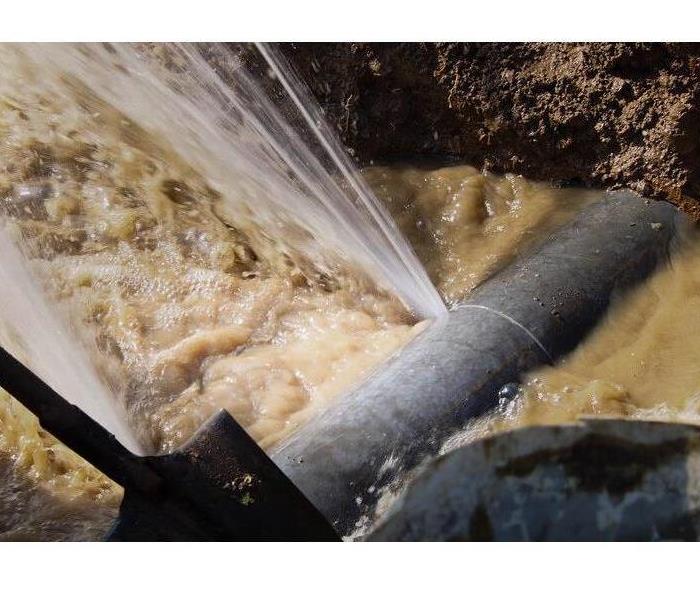 Keep your business running with SERVPRO

With spring getting closer and closer every day, temperatures will begin to get warmer, but cold temperatures will stick around for a little while longer. Fluctuating temperatures during the coming months can have devastating effects on pipes, which can inflict damage on your commercial business if they burst. Pressure increases in pipes when temperatures fluctuate, as the water within the pipes expands and contracts depending on the temperature. This pressure facilitates the bursting and rupturing of pipes. Water damage can have a significant negative impact on your commercial business, so it is crucial to understand how to sufficiently prevent pipes from bursting and what to do in the event that pipes burst in order to protect your business.

Before anything else, it is beneficial to make certain that your business is protected by an insurance plan that covers water damage due to burst pipes, as restoration costs are often expensive. As a business owner, you can protect pipes by wrapping pipes that are found outdoors or in unheated places in insulated sleeves, which will prevent pipes from freezing when temperatures drop. However, if pipes freeze, allowing water to run through the pipes can help keep them from bursting. Lastly, survey pipes for small leaks on a regular basis when temperatures drop in order to catch a leak before pipes rupture.

As soon as you become aware that a pipe has burst, shut off water, electricity, and heating systems. Leaving these systems running can increase the severity of damage caused by burst pipes. Move important items, such as documents or inventory, to a safe location in which they will not be affected by water damage. If you are unsure as to whether water damage has impacted your building, watch for signs of water damage, which include stains or discoloration, mold or mildew growth, and musty smells. If signs of water damage become visible, open windows and doors in order to air out the area, facilitate drying, and avoid mold growth. SERVPRO understands that water damage caused by burst pipes creates a significant interruption in any business, so you can trust SERVPRO to quickly and sufficiently remedy the situation, getting your business back on its feet in no time.